Easts Tigers > News > 75 Year Anniversary > Before there was Will, Eli & Munch….There was Denis Owens…The Dasher with the Devilish Streak 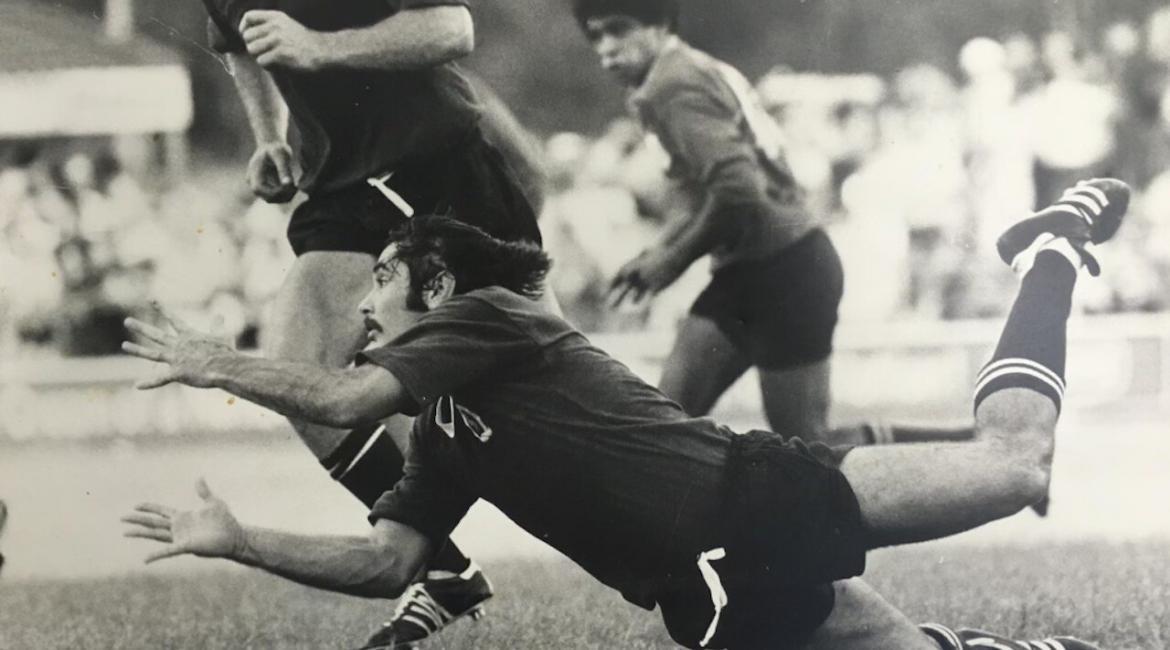 You never have to search too far for the definition of “Tiger For Life” because Denis Owens invariably bobs up at a match, a season launch, a club shout-out for help or the first hint of a team reunion.

Now 65, he’s been doing it for most of his life after first playing for Easts as an impish seven-year-old in 1964.

That remarkable 58-year stretch of service and support for the Tigers has embodied achievement, fun and devilish detours throughout for the former halfback.

Owens played twice for the champion 1979 Queensland side against Sydney and the New Zealand Maori when he was flipping passes to a flyhalf named Paul McLean.

One of the club’s great characters was a regular in first grade with several stints across the decade from 1976. He won the 1982 premiership with reserve grade, enjoyed grand final celebrations with fourth grade and was always good for a comeback when the club needed him.

He was a running halfback, always up for a dash with the speed that was honed as a beach flags competitor in budgies with Bilinga Surf Lifesaving Club.

He wasn’t picked to run the ball when Queensland coach Bob Templeton looked his way in 1979 to play two games.

“I used to say to Tempo ‘anyone can pass’,” Owens related with a grin as he has done with mates many times.

“Tempo would look back and say ‘Yes, Dennis but you have Paul McLean, Brendan Moon, Andrew Slack and Peter Grigg outside you’.”

Owens also played in the Queensland B side that lost to the All Blacks at Ballymore that season, a career moment when he got to match up against Dave Loveridge and replacement Mark Donaldson.

“That game was a hoot midweek. I had the privilege of playing against two Test halfbacks in one game and I still have the All Blacks jersey I swapped for that day,” Owens said.

A crowbar was sometimes needed to get the ball from him in club games when Owens scooted to the blindside. He did it with telling effect at times too as a frequent tryscorer.

He was excited to see new halfback Will Kirk, just 20, have the confidence for a dash himself with the scores at 0-all after 23 minutes against Sunnybank.

“I love to see a halfback running. Will took it to the line, dummied and backed his pace for a key try. Go back to the 2020 grand final and Eli Pilz ran 30m from the back of a scrum for the key try,” Owens said.

“I really believe a good running halfback can just about be the difference in games today. Certainly, there are skills to using the blindside and setting up your winger too.”

Strategy for “DO” was not always that refined. Before one game against University in the late 1970s-early ‘80s period, Owens came up with the idea that starting a fight just before half-time would work wonders.

The forwards didn’t think much of the idea because “DO” wouldn’t be doing any of the fighting.

Sure enough, Owens tapped his opposite number and started a brawl. It’s important to note that Easts were actually winning the game at this point.

Owens and fullback Jim “Jibbera” Watson, two Tigers who had as little idea of the pugilistic arts as each other, slowly advanced on a Uni player. The right time for a feeble jab never arrived because the Uni player threw the best combination of left and right punches to clobber them both.

Uni ran away with the game. Of course, the Owens strategy was picked apart amidst great mirth when the match tape was replayed at Tuesday night training the following week.

When “great strategy DO” and “just like your fighting skills” started flying as jibes, Owens rose to defend himself like a bantam with his feathers fluffed up.

He finger-pointed all present with the words “well, at least I had a go.” The laughs kept coming, the tape got replayed continuously and it became a classic tale of team bonding.

Playing with great mates like Ray Kiely, a teammate from St Laurence’s College days, Sean Mowen, Michael Georgantas and others always made the Tigers about more than rugby.

“You had blokes like that who helped build the fabric of the club. You’d play hard on and off the field,” Owens said.

“I played my first year at Easts as a seven-year-old and I’m still here. It’s a great family club.

“I played first grade but you’d help coach the Under-12s and Under-13s at the same time. The young (Wallaby) Nigel Holt came through in one of those teams.

“At the Tigers, it’s all about doing that sort of thing. It’s a fun place to be and the club has a terrific culture and future.” 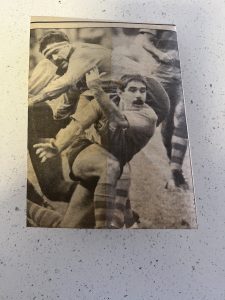 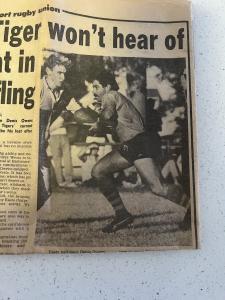 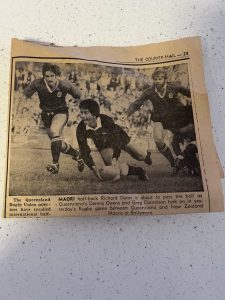 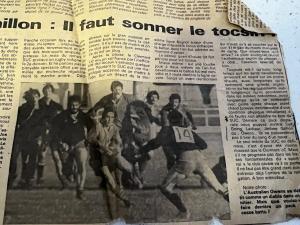